"Mass Incarceration and the Prospects for Reform" 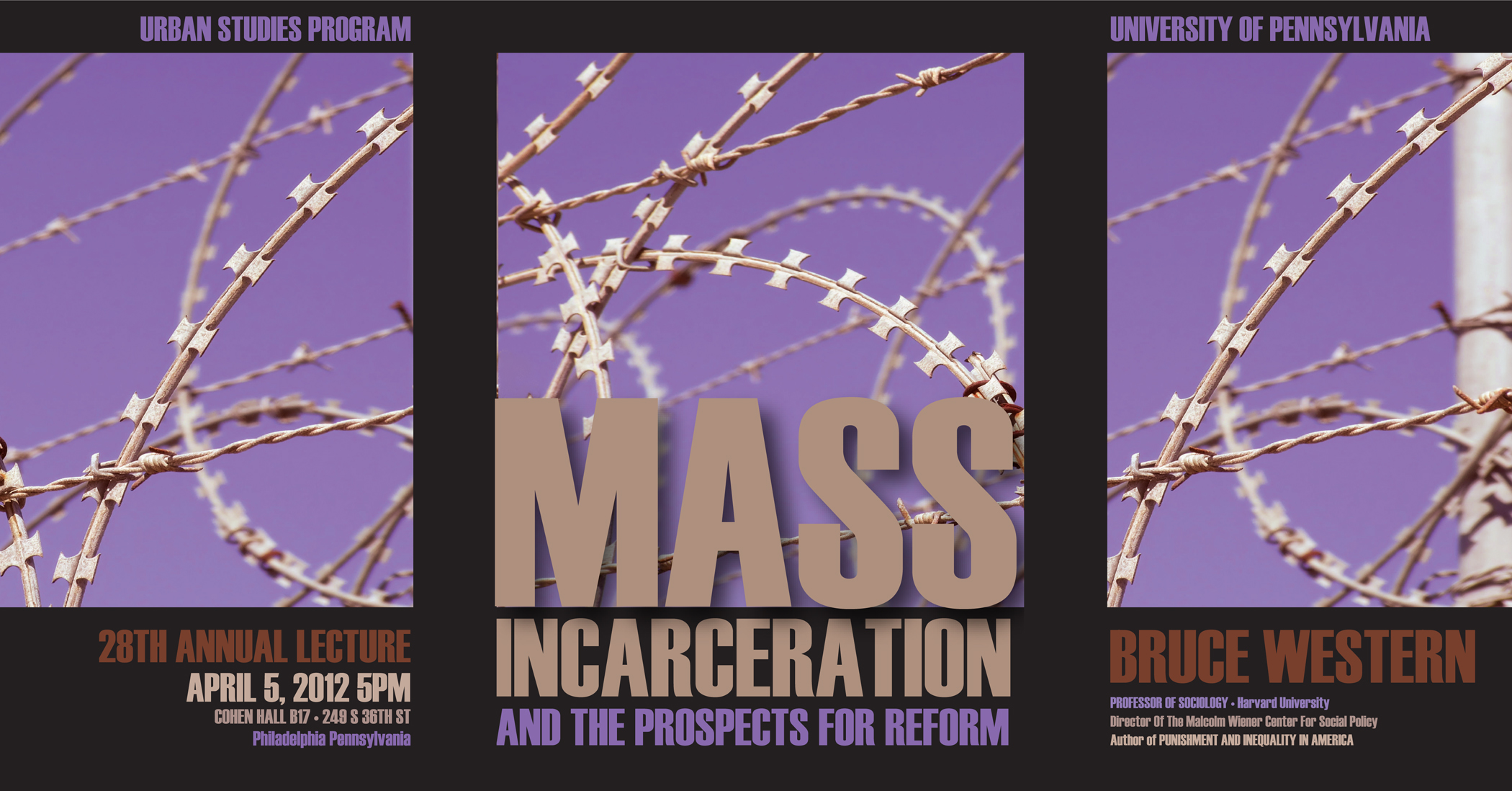 Bruce Western, Professor of Sociology at Harvard and Director of the Malcolm Wiener Center for Social Policy at the Kennedy School of Government, will deliver Urban Studies’ twenty-eighth annual lecture, entitled “Mass Incarceration and the Prospects for Reform.”  The lecture will be held on April 5, 2012, starting at 5:00 in Room G17 of Claudia Cohen Hall, 249 South 36th Street. The lecture is free and open to the public.

Bruce Western’s research finds that the penal system has become a common presence in the lives of poor Americans, with lasting effects on their life chances, showing how serving time in prison reduces earnings, skews statistics on wages and employment, and destabilizes families. His talk will focus on the imperative and dilemmas of reforming incarceration policy. In his book Punishment and Inequality in America (Russell Sage Foundation, 2006), Western examines the role that incarceration plays in the increasing economic and racial inequality in America, and the impact of inequality on mass incarceration.

For an overview of the topic, open a copy of a short paper of Western's here, entitled "Incarceration & Social Inequality."

From Harvard University's Department of Sociology:

As a quantitative social scientist, Western has also contributed to the use of Bayesian statistics in sociology. Western's first book Between Class and Market: Postwar Unionization in the Capitalist Democracies (Princeton University Press, 1997) examined the growth and decline of trade unions in capitalist democracies. In this volume, Western argues that unions declined in countries without centralized labor markets, union control over the administration of unemployment policies, and strong working class parties.