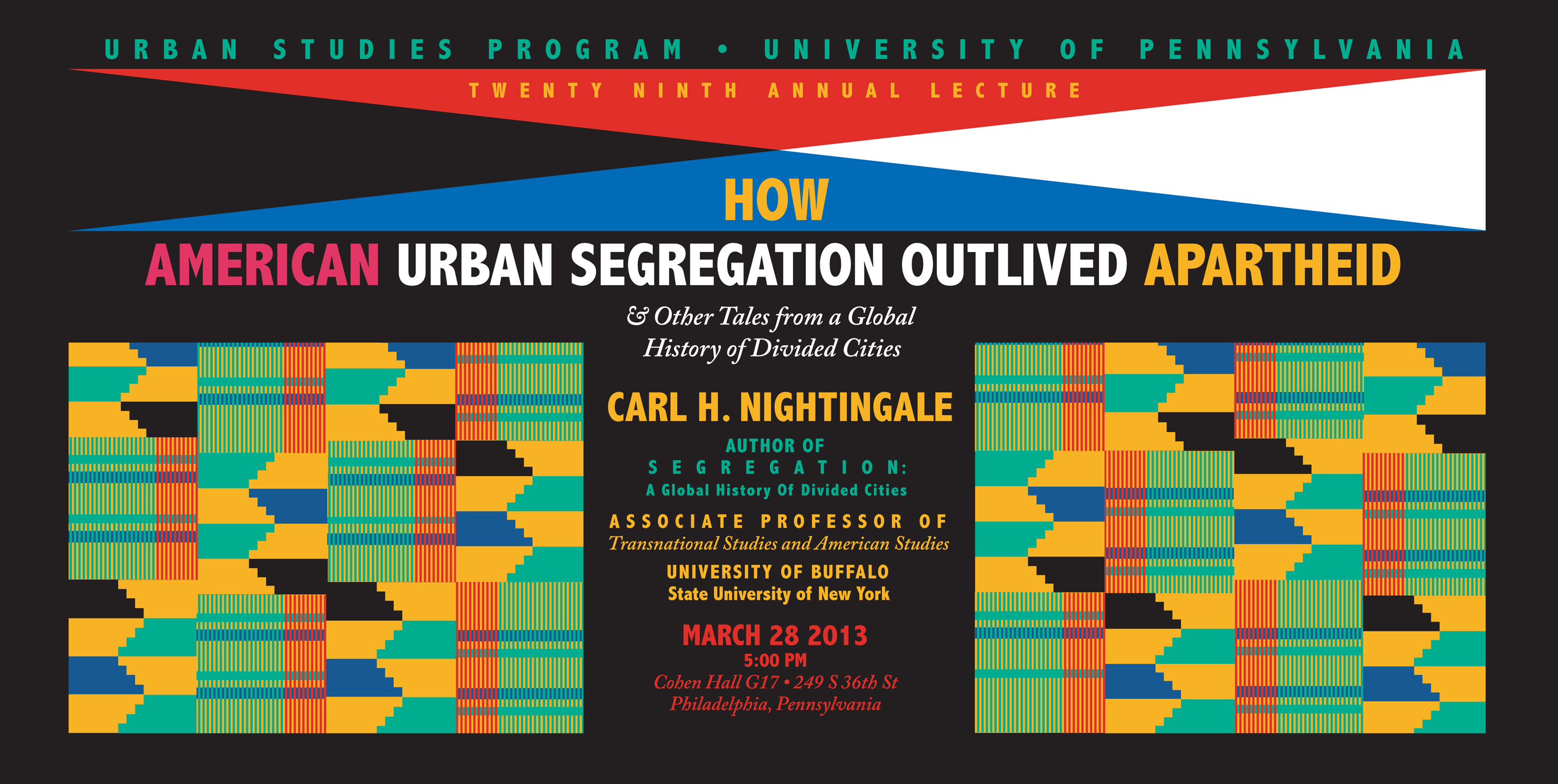 Listen to Dr. Nightingale's talk:
How American Urban Segregation Outlived Apartheid, and Other Tales from a Global History of Divided Cities

When we think of segregation, what often comes to mind is apartheid South Africa, or the American South in the age of Jim Crow—two societies fundamentally premised on the concept of the separation of the races. But as Carl H. Nightingale shows in this magisterial history, segregation is everywhere, deforming cities and societies worldwide.

Starting with segregation’s ancient roots, and what the archaeological evidence reveals about humanity’s long-standing use of urban divisions to reinforce political and economic inequality, Nightingale then moves to the world of European colonialism. It was there, he shows, segregation based on color—and eventually on race—took hold; the British East India Company, for example, split Calcutta into “White Town” and “Black Town.” As we follow Nightingale’s story around the globe, we see that division replicated from Hong Kong to Nairobi, Baltimore to San Francisco, and more. The turn of the twentieth century saw the most aggressive segregation movements yet, as white communities almost everywhere set to rearranging whole cities along racial lines. Nightingale focuses closely on two striking examples: Johannesburg, with its state-sponsored separation, and Chicago, in which the goal of segregation was advanced by the more subtle methods of real estate markets and housing policy.

Nightingale has published numerous articles on the intersections of urban history, world history and critical race theory in the American Historical Review, the Journal of Social History, and the Journal of Urban History among other places. He is the author of the weblog “Global Segregation: Human-Made Obstacles to Human Movement across Oceans, Borders, and Urban Space” which can be followed at www.globalsegregation.com. Nightingale also curates the exhibition “Buffalo Divided and Unequal: How it Happened and What People are Doing about It.”