"Race for Profit: How Banks and the Real Estate Industry Undermined Black Homeownership" 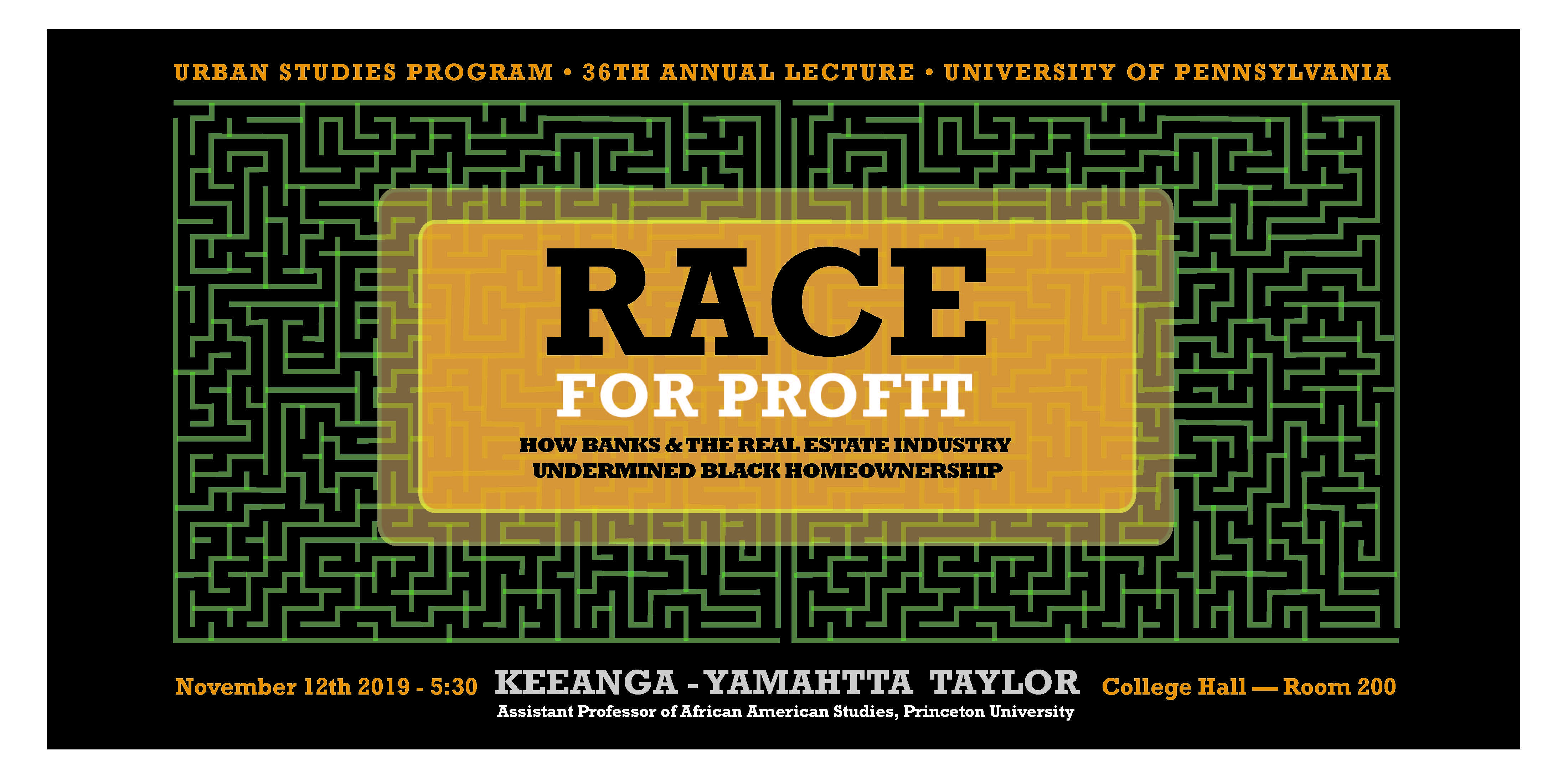 Keeanga-Yamahtta Taylor, Assistant Professor of African American Studies, Princeton University, was our 36th Annual Public Lecturer. Professor Taylor was recently named one of the hundred most influential African Americans in the United States by The Root. She has been appointed as a Distinguished Lecturer for the Organization of American Historians for 2018-2019, and the Charles H. McIlwain University Preceptor at Princeton University for 2018-2021.

For those of you who missed it, watch the recording here!

By the late 1960s and early 1970s, reeling from a wave of urban uprisings, politicians finally worked to end the practice of redlining. Reasoning that the turbulence could be calmed by turning Black city-dwellers into homeowners, they passed the Housing and Urban Development Act of 1968, and set about establishing policies to induce mortgage lenders and the real estate industry to treat Black homebuyers equally. The disaster that ensued revealed that racist exclusion had not been eradicated, but rather transmuted into a new phenomenon of predatory inclusion.

Race for Profit uncovers how exploitative real estate practices continued well after housing discrimination was banned. The same racist structures and individuals remained intact after redlining’s end, and close relationships between regulators and the industry created incentives to ignore improprieties.

The Urban Studies Annual Lecture is supported by a gift from Norm Glickman,  Elyse Pivnick, and alum William Witte.